A Gallery of Success and Celebration

Posh frocks and Sunday best were on show at the Savoy Park, as Carolyn has already reported. Mantlepieces will be groaning under the strain of proudly displayed silverware and some of us will still be trying to work off the cake-excess we indulged in over the evening.

Now the truth is laid bare. 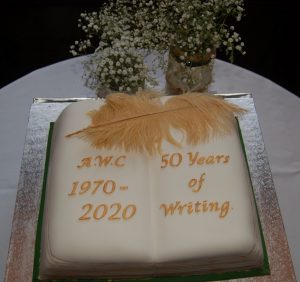 Can Ayr United put on a trophy display like this? 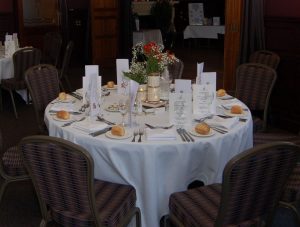 Is this your normal teatime table? Marion did us proud. 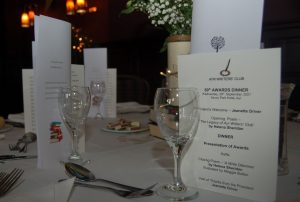 A glass half full, half empty – or one that just needs filling? 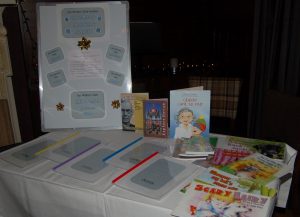 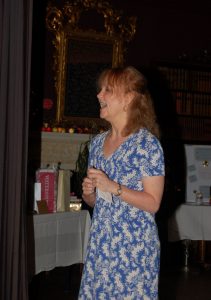 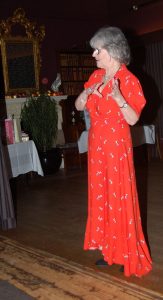 Is Carolyn auditioning for Strictly or simply encouraging us all to enjoy the writing on display? 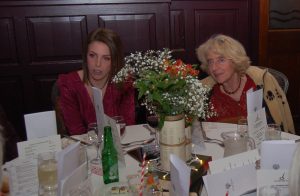 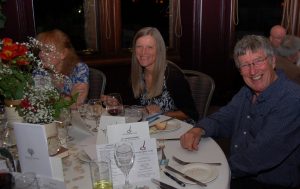 … while Gill and Chris seem to know what’s coming

And so the presentations began 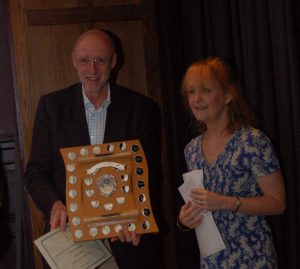 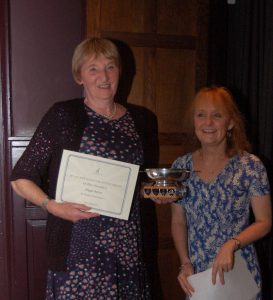 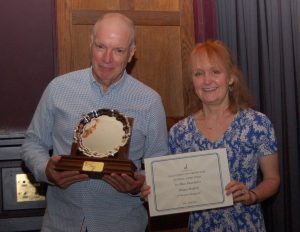 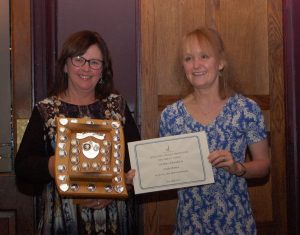 … and one of many – five actually – to Linda Brown – a non-fiction article, a novel, some children’s fiction, a Drabble, and ultimately the Ishbel Robertson Trophy for the overall points winner in the club for 2020/21 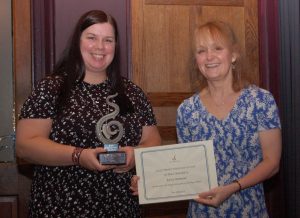 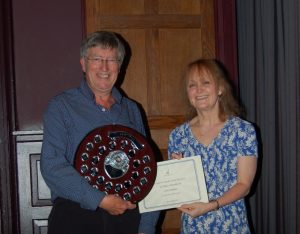 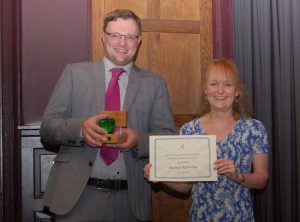 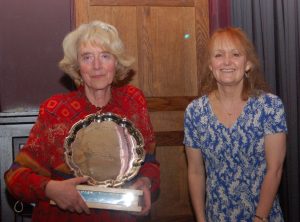 Rounding off the evening’s presentations, Damaris West receives the Dorrith Sim Trophy as the club’s most published writer during the preceding year 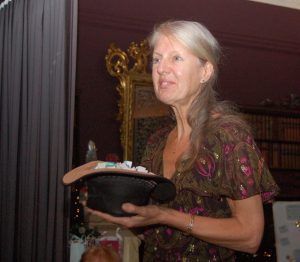 With the trophies resting in their new holders’ possession, Carrie takes her hat off to get the raffle underway – a challenge for the colour blind 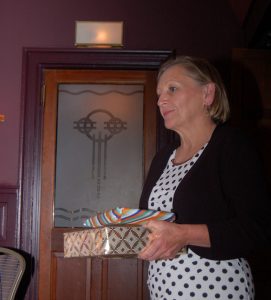 while Marion distributes the prizes 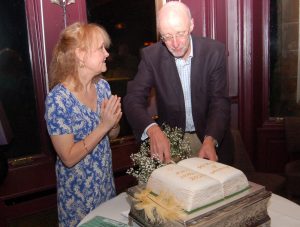 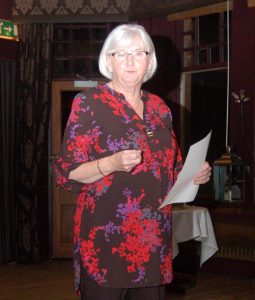 Helena gives a premiere to one of her two poems that were launched at the dinner – plenty available to start the Christmas shopping – a snip at just £5.00 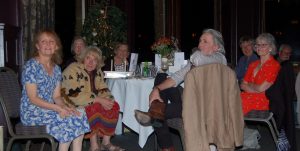 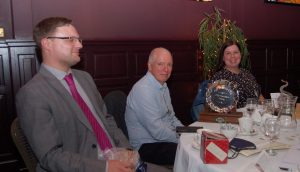 Matt, Thomas and Kirsty admire the fruits of their creative efforts 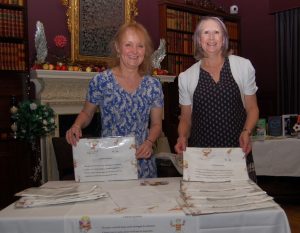 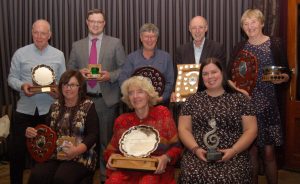 “That’s all folks” as the movies say – but only it isn’t. We could well be having another when May 2022 comes round.

1 thought on “A Gallery of Success and Celebration”