RAISING A GLASS TO PERSEVERANCE AND SUCCESS

“Believe you can and you’re half way there.” – Theodore Roosevelt

Wednesday night was a welcome opportunity for club members to don their glad rags, gather at the Carlton Hotel, Prestwick, and enjoy the camaraderie of writing enthusiasts. 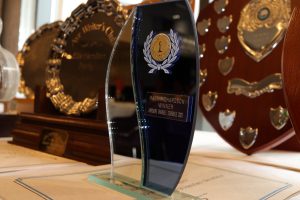 For some of us, it was a nostalgic occasion, returning to the venue at which our weekly club nights had been held for several years. This evening we were ushered into The Barony Lounge beautifully laid out for our meal, with two additional tables – one groaning with our silverware and the other with a fine selection of raffle prizes.

Following the informal mixing and mingling, Jeanette, the outgoing President, welcomed members. Soon the room was a hum with animated chatter, punctuated only with slight pauses as the courses were rolled out, and we tucked into the delicious food. 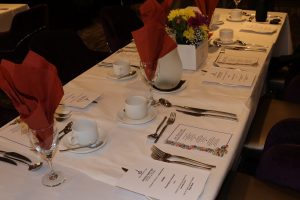 AWC can do style and formal with the best … 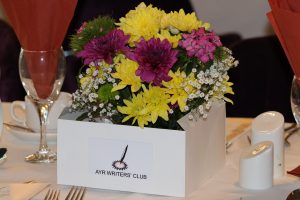 … and writing is not the only creative skill

Next on the programme was the main feature: the Presentation of Awards, with trophies in all shapes and sizes being presented, along with certificates, to the winners of the Club competitions. With John Eden on hand to make a photographic record of the proceedings, Jeanette, ably assisted by Fiona McFadzean, made the presentations. Our hands were soon hot with enthusiastic clapping at the achievements of members, but there was more excitement to come.

(See the “Rogues Gallery” of beaming smiles  below)

Club members had dug deep to purchase raffle tickets, from me and Maggie Morton, and so there was a sizable heap of tickets in the ‘hat’ (an Open Road Stetson belonging to my husband, to be precise) from which to draw and, soon the raffle prize table was bare. However, beautiful floral table decorations, created and donated by Fiona Atchison, were also raffled for club funds.

And so, it was time to hand over the gavel – the annual ceremony for the induction of the Incoming President, Nigel Ward, by the outgoing President, during which Nigel voiced, on behalf of the membership a debt of gratitude to Jeanette for all her work, leading our club through such a tough couple of years, and presented her with a bouquet of flowers.

Then it was time to pack up prizes and trophies and bid farewell to one another after such an enjoyable evening. 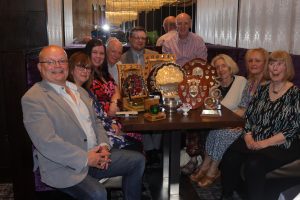 What’s the collective noun for a group of proud trophy winners?

Many months ago, I wrote the blog for our last Awards’ Dinner and, having read my words back then, I was struck by the aptness of my conclusion, so I make no apologies for repeating it here, as it seems to sum up perfectly what last night’s event meant to me.

If you were there, then I hope, like me, you left with the warm glow of friendship, and a surge of pride to belong to such a special, successful club.

If you did not manage along, you were missed.

Trophy Winners (with acknowledgments to the evening’s photographer, John “to the right a bit” Eden), receiving their silverware from retiring President Jeanette Driver 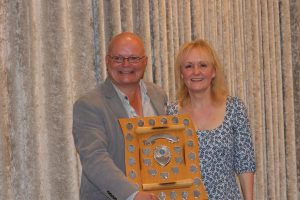 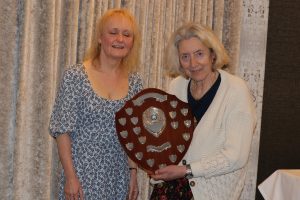 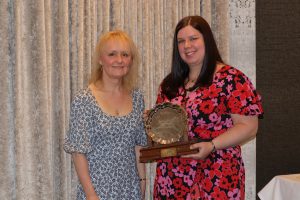 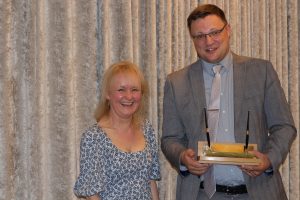 Matthew Richardson – the Elsie Miller Trophy for a non-fiction article 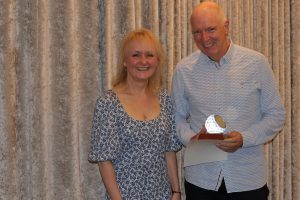 Thomas Malloch – the Ayrshire Chamber of Commerce Trophy for drama 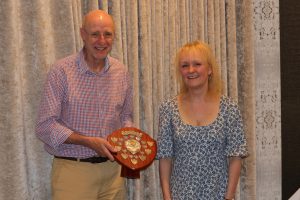 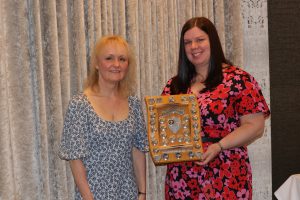 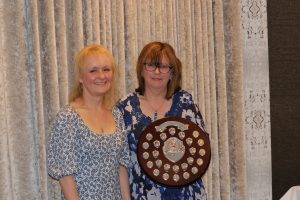 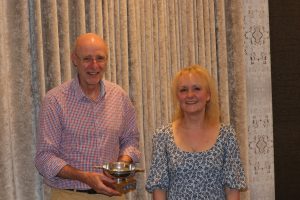 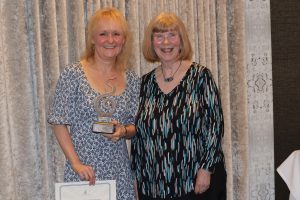 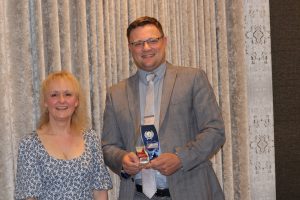 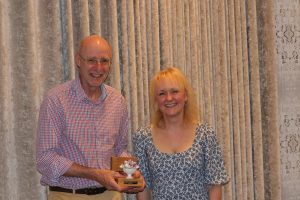 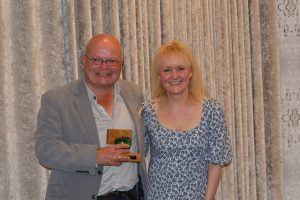 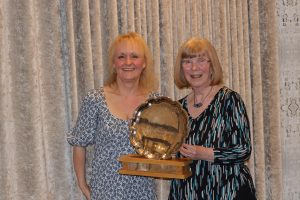 And then it was all over bar the washing up and clearing places on the mantlepiece.