INTRIGUE A REPORTER… A Glimpse of Life in 1705!

One of the most interesting workshops last season, at Ayr Writers’ Club, was on Self-Promotion. Ken McGaffin and John Crowley demonstrated ways for writers to attract the attention of journalists, as a way of spreading the word about their projects. Members were encouraged to present email pitches and learn how to improve them.

Member Carolyn O’Hara, intrigued by the discovery of a piece of Scottish journalism history – the first edition of THE EDINBURGH COURANT of 1705 – was keen to research and write about this artefact which was unearthed as part of her research for her social history book, OCULEUS, published last year.

The rare, single page document, which was one of the first regional newspapers published in Scotland, may be the only copy in existence.

Using the support offered at the workshop, she is delighted to have put into practice what she learned. As a result, the story was picked up by Phyllis Stephen, editor of The Edinburgh Reporter, who has written an article, entitled EARLY EDITION DISCOVERED, which has now been published in the June 2021 issue. 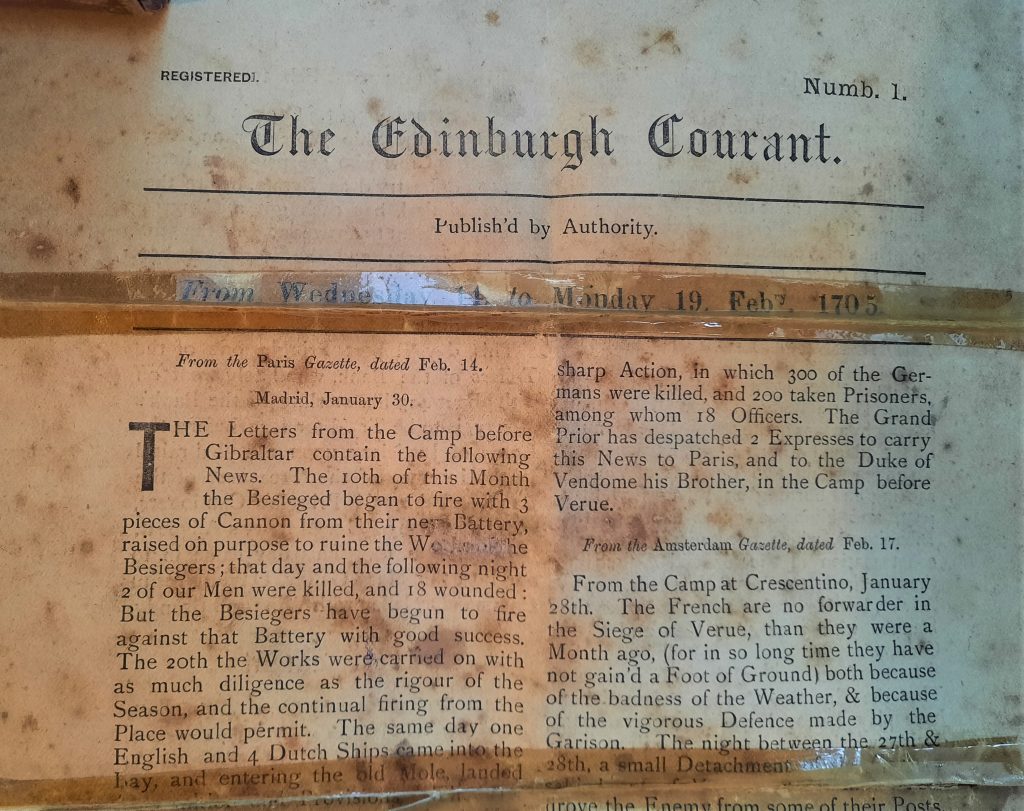